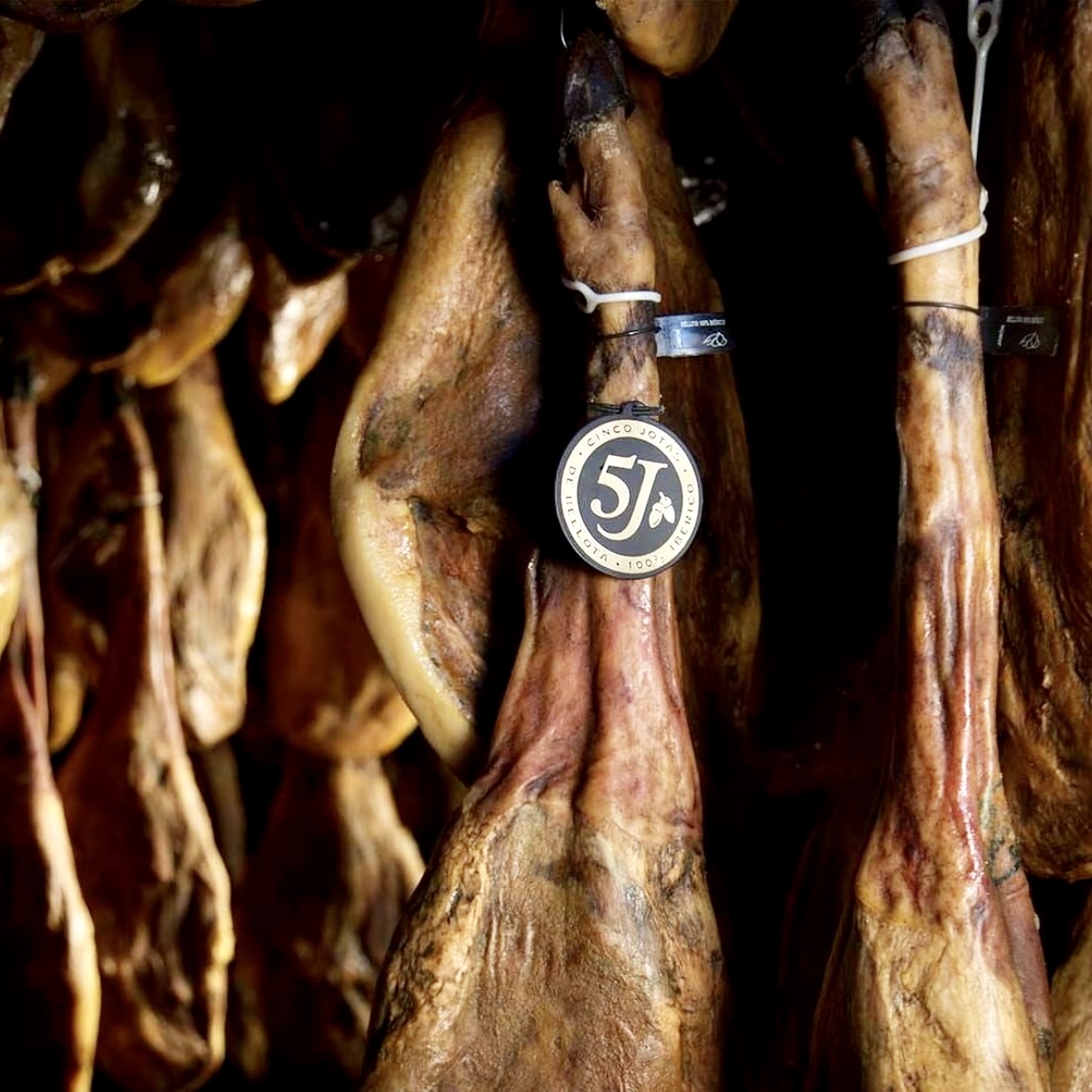 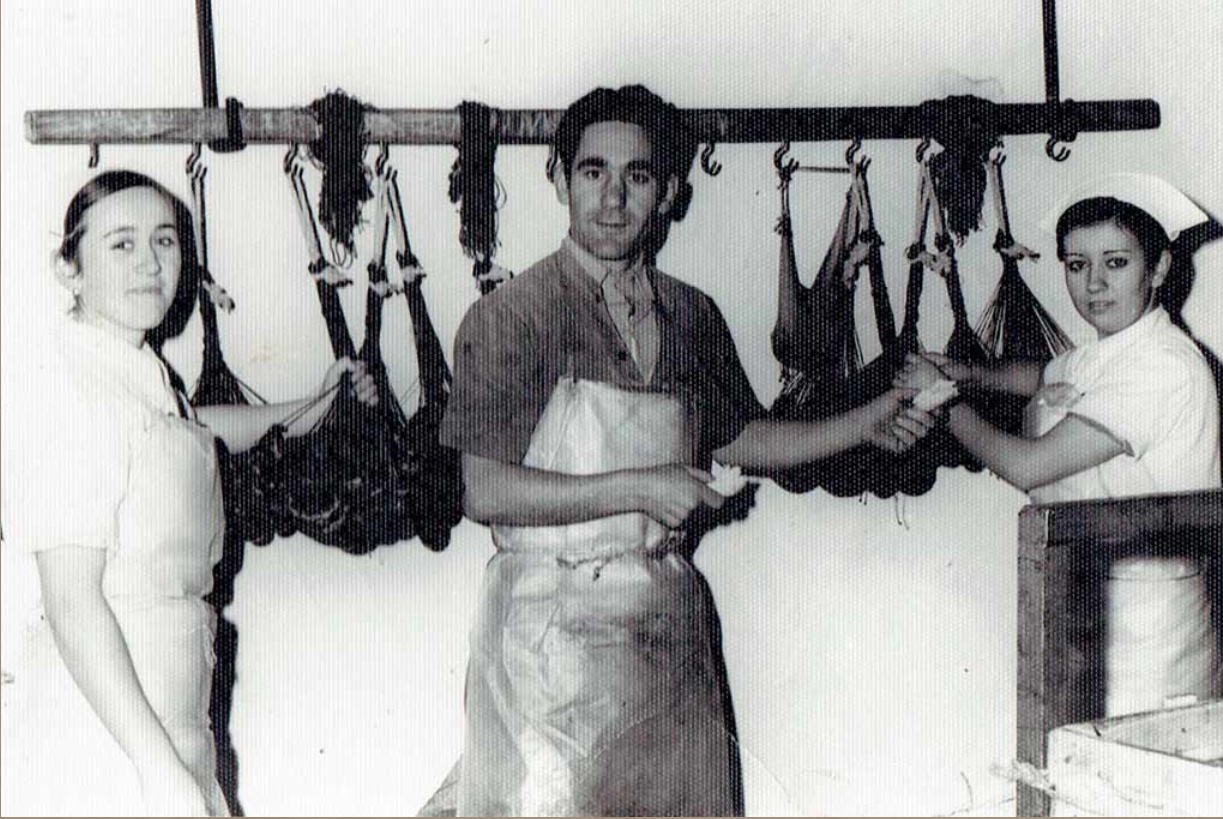 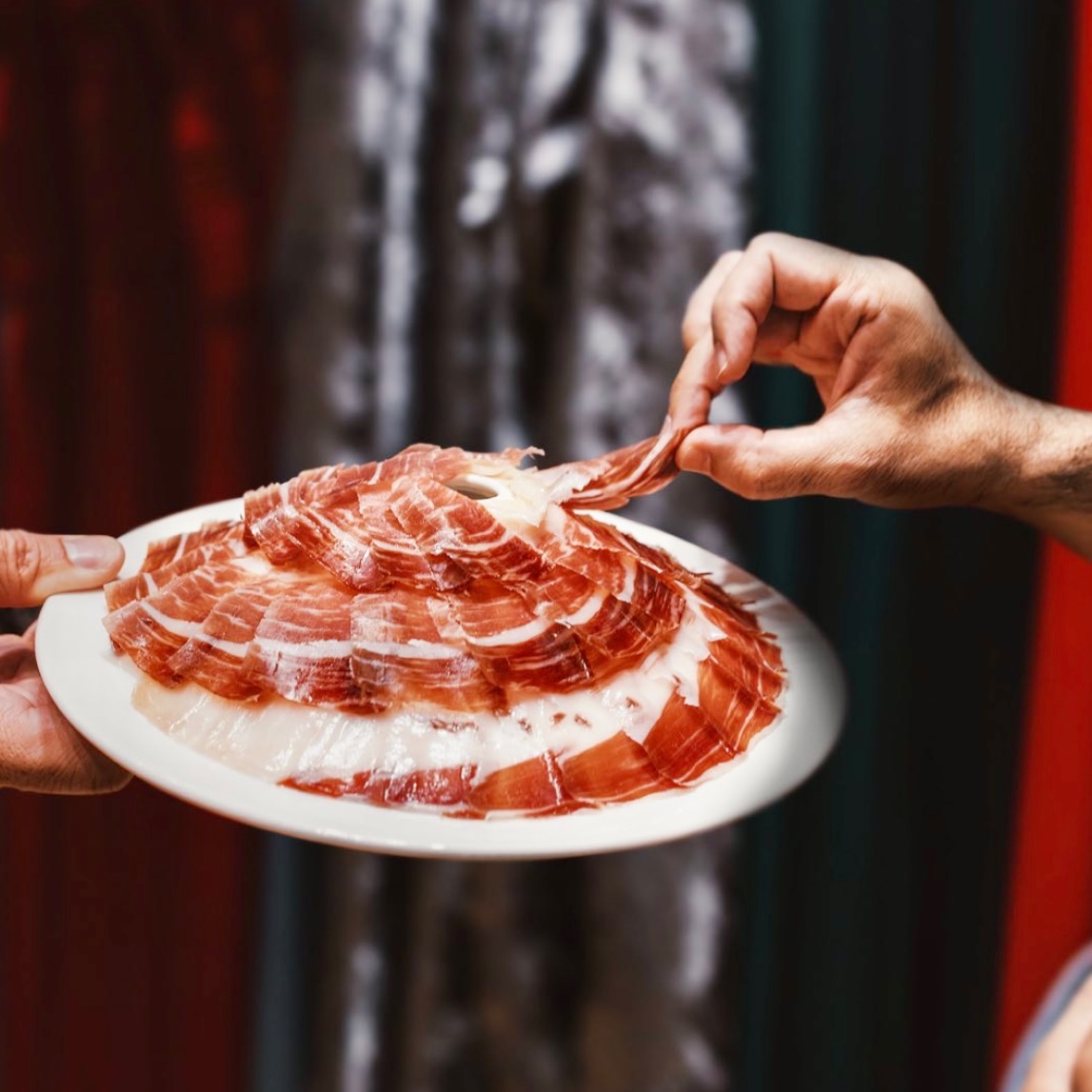 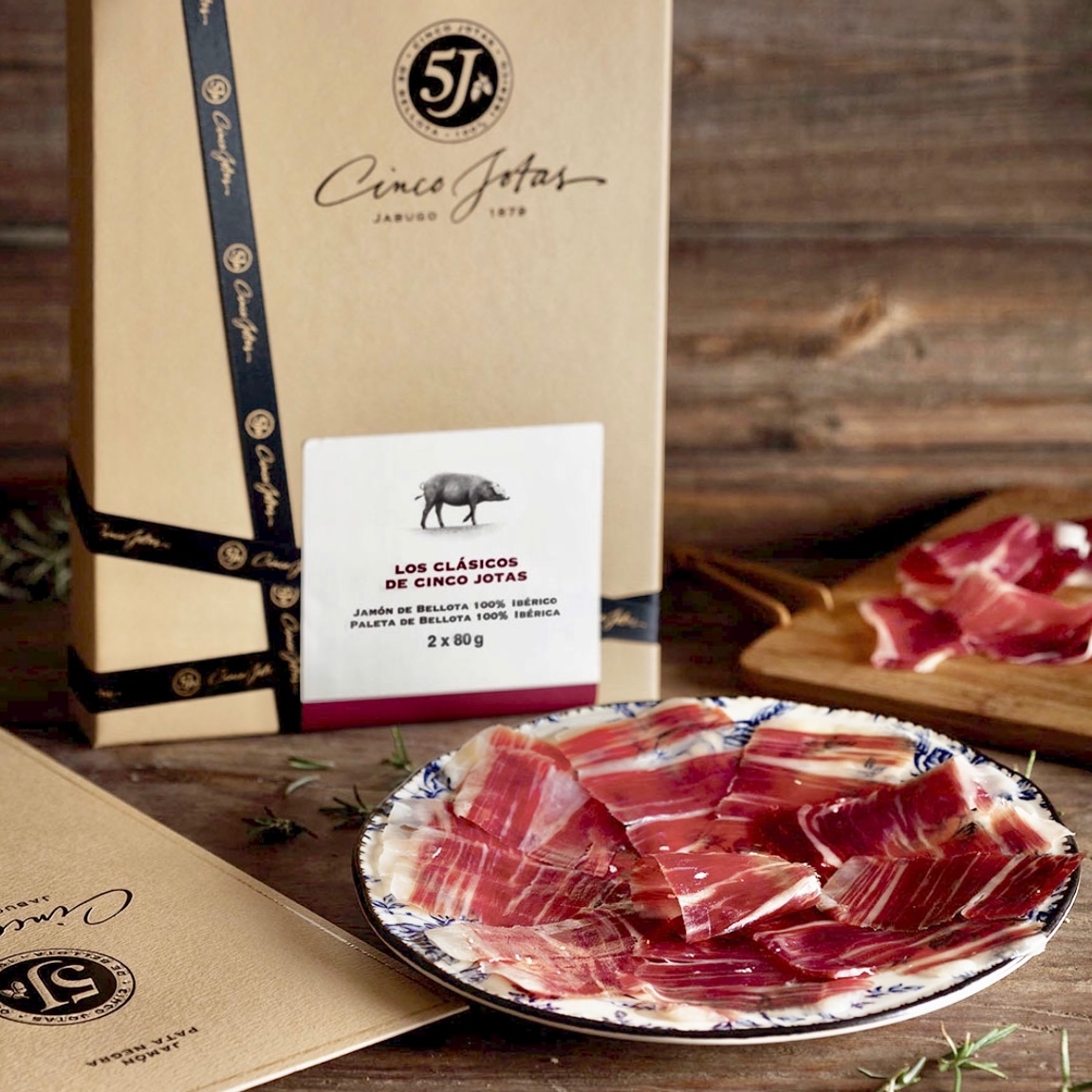 Cinco Jotas is the leading Spanish producer of Jamon Ibérico De Bellota (Acorn Fed Ibérico Ham) and Iberian products. For five generations, the people of Jabugo, Spain, have contributed their ancestral culture's wisdom to Cinco Jotas. In turn, Cinco Jotas has relied on these local artisans whose ancestors have been producing hams for more than a century.

This tradition continues today because the trades, originally passed down from generation to generation, have been preserved and passed on by contemporary artisans. The process is consistent with other hams, but the detail paid to each piece of ham makes Acorn-fed 100% ibérico ham one of the world's most prized products.

Cinco Jotas is known for its dedication to quality, as every ham reflects the years of skilled craftsmanship devoted to its development.

Founded in 1879, Cinco Jotas is located in the natural park of Sierra de Aracena, which UNESCO has recognized as a Biosphere Reserve, and Picos de Aroche (Huelva, Andalusia), where the citizens proudly boast their love for the ham. The company was founded by Juan Rafael Sánchez Romero, who opened their first slaughterhouse and curing cellar in Jabugo, Spain. To this day, this location serves as the namesake of both the brand and its famed ham product line.

The climate of Jabugo is essential to the quality of Cinco Jotas hams. The curing cellars and local meadows (dehesas) cannot be replicated elsewhere.

At an elevation of 650 meters, pigs enjoy a mild microclimate that allows Iberian pigs to reproduce and hams to cure without spoiling. Summers are warm (maximum of 30 ºC), winters are cool (minimum of 5 ºC), and the annual average temperature does not exceed 17 ºC. Autumn and winter are the best seasons in Jabugo because of the cool temperatures and abundant rains. Located at the highest points of the nearby mountain range, Cinco Jotas curing cellars experience cold, harsh winds.

In the Spanish Meadows

Raised in the wilds of Spain, the black Iberian pig thrives on its natural diet. The living conditions and diet are crucial in contributing to aromatic and delicious 100% ibérico ham. These free-range pigs explore the meadows openly from 2-24 months, during which time they have access to never-ending acres full of foods readily available in nature, such as wild mushrooms, grass, herbs, nuts, and more. During the montanera season (October-February), when acorns are most abundant, the pigs can walk up to 8 miles on any given day to search for them. Thus they ingest an exceptional sensory quality that instills robust flavor, aroma, and tenderness in their meat.

The feeding regimen of the pigs influences the flavor of ibérico ham. Ibérico pigs are fed on oaks, particularly authentic acorns. Wooden oak barrels (bellota) are scattered around a meadow, and as the pigs forage, they have access to these food sources. The typical acorn diet helps to produce an excellent taste and texture in ibérico ham, which is highly prized by gastronomes worldwide. The sweet acorn is undoubtedly the most prized possession across the meadows; Spanish pigs are known to select only the sweet acorns from a pile of mixed acorns, leaving the bitter ones behind.

"Those damp fields and perfect conditions of nature create a truly unique animal but this never mattered, and it remains so till this day. Because it’s not about making Iberian ham. It's about making Cinco Jotas Acorn Fed 100% Ibérico ham.”

Cinco Jotas ibérico ham is one of Spain's most delicious exports. The process behind its creation—which takes five years and involves curing the hams in naturally ventilated caves—is labor intensive. The design of each Cinco Jotas ham is overseen by a five-step mastery process, which includes: 1) Master Sculpturer; 2) Salt Manager; 3) Drying Room Manager; 4) Master of the Curing Cell; and 5), finally—Master Carver.

Cinco Jotas products are made possible through traditional methods of Spanish meat preservation and by respecting the free-range pigs in their natural habitat, where they enjoy a completely raw diet in the carefully preserved centuries-old Spanish meadows.

To find Cinco Jotas products near you, click here.