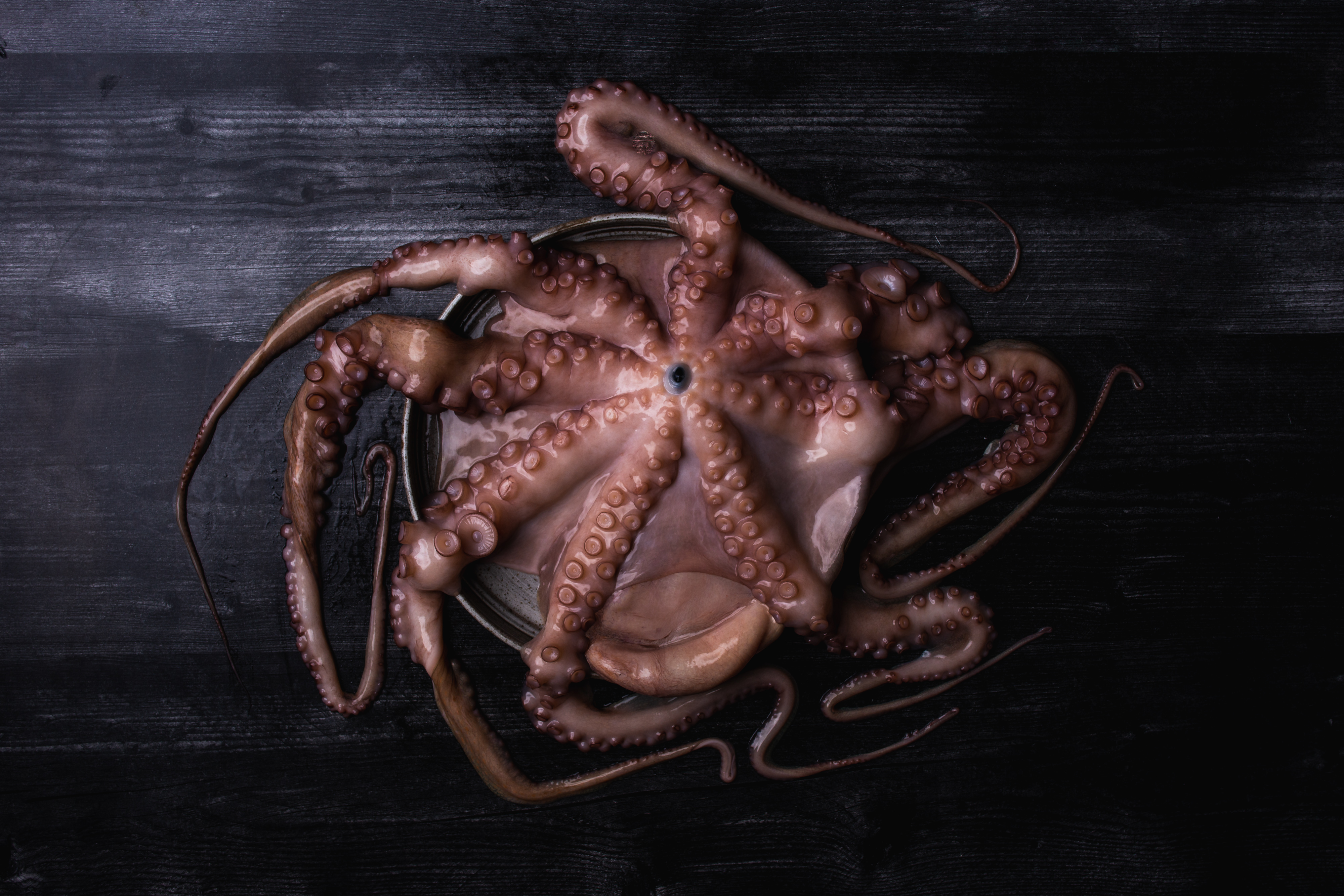 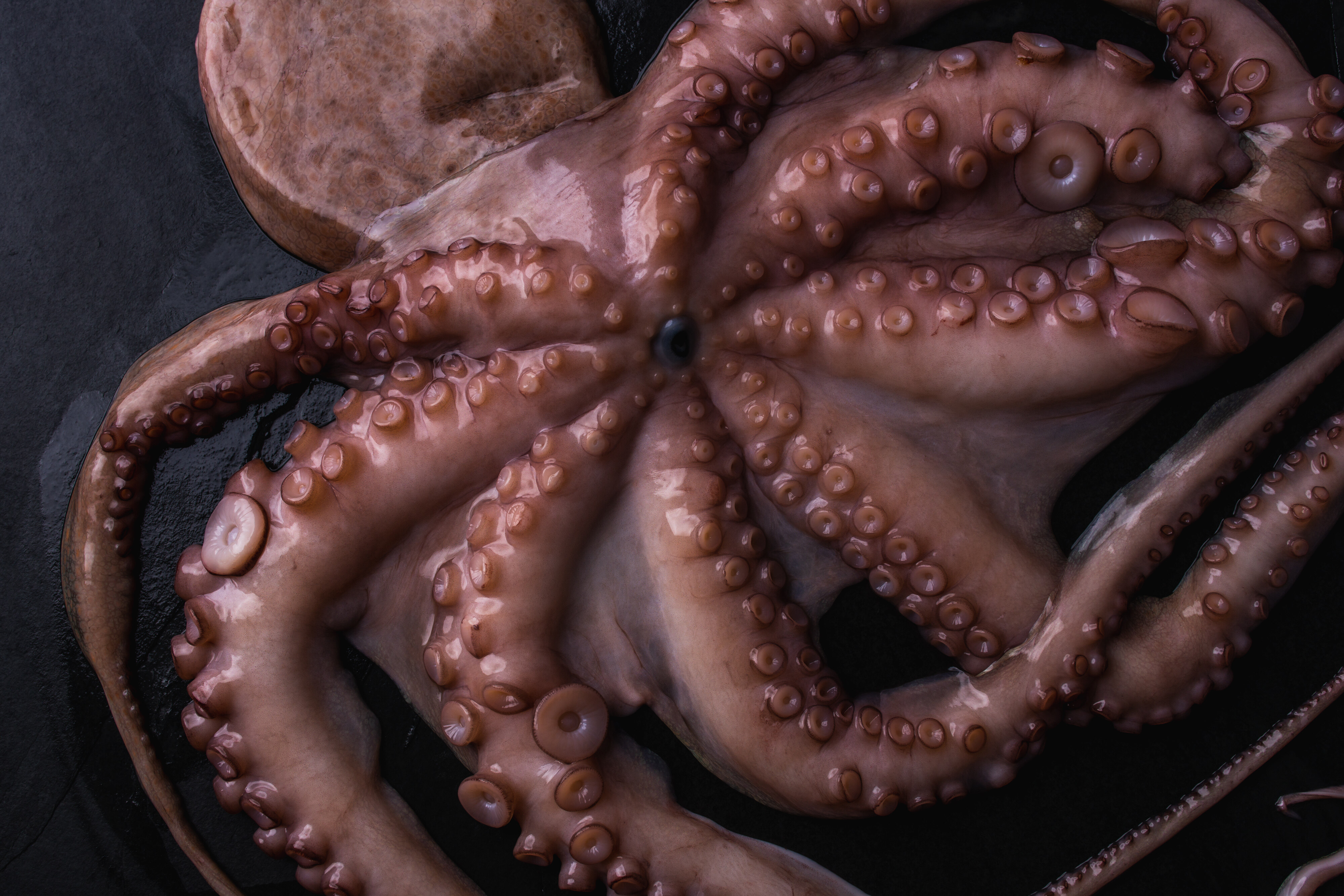 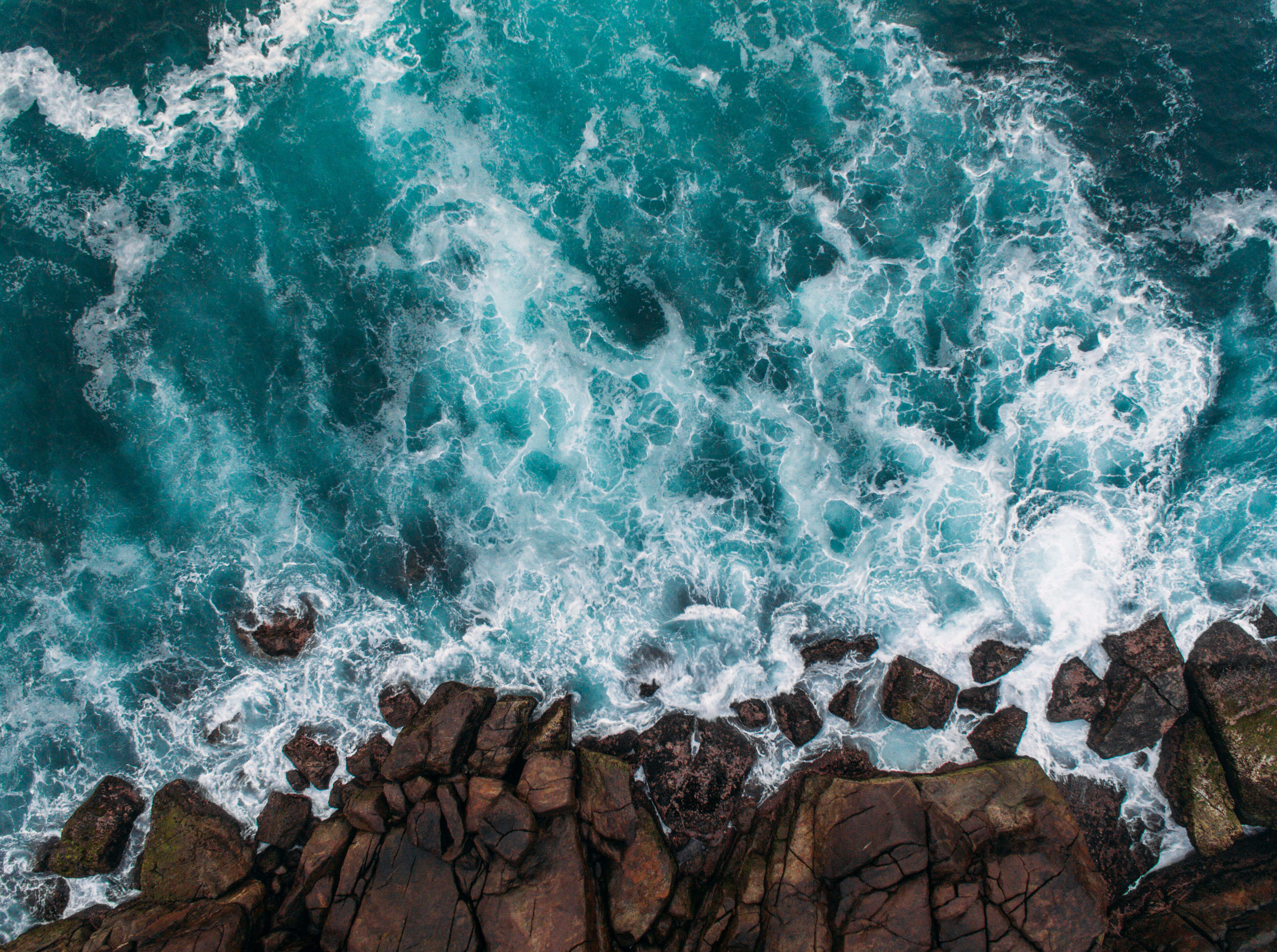 Portuguese octopus, also known as polvo in Portuguese, is a culinary delicacy highly sought after for its succulent texture and delicate flavor. The octopus is typically caught off the coast of Portugal, where it thrives in crystal clear waters.

Fishing for octopus in Portugal is typically done using traditional methods, such as hand-held fishing lines or small nets. This allows the fishermen to carefully select only the largest and most mature octopuses, ensuring that the seafood they bring to market is of the highest quality.

At WorldClass, our octopus comes from artisanal fishing techniques, which use clay pots to produce higher-quality catches octopus in a gentle way in the marine environment. The pots are placed on the ocean floor and baited with food, attracting the octopus to enter the pot. Once inside, the octopus cannot escape, allowing the fisherman to carefully remove it from the pot without harming any other marine life in the area. This method of fishing allows the fisherman to select only the largest and most mature octopuses, ensuring that the seafood they bring to market is of the highest quality. Additionally, the fishing method of using clay pots reduces the risk of bycatch, or the unintentional catch of other marine species, helping preserve the ocean ecosystem's health.

In the kitchen, the octopus is known for its versatility, and there are many different ways to prepare it. One of the best ways to cook a Portuguese octopus is to boil it until it is tender and then grill it over an open flame to add a smoky, charred flavor. This method produces a tender and flavorful octopus that can be served on its own or as part of a larger meal. To prepare the octopus using this method, start by placing it in a large pot of boiling water and simmering it for about 45 minutes or until it is tender. Then, remove the octopus from the pot and grill it over an open flame until it is lightly charred on the outside. Serve the octopus hot, with a drizzle of olive oil and a sprinkle of chopped parsley.

Another delicious way to cook a Portuguese octopus is to marinate it in olive oil, garlic, and herbs before grilling or roasting it in the oven. This method adds depth and complexity to the flavor of the octopus and can be served as an appetizer or as part of the main course. To prepare the octopus using this method, start by mixing together olive oil, garlic, chopped parsley, and a pinch of salt and pepper in a large bowl. Add the octopus to the bowl and toss to coat it evenly in the marinade. Cover the bowl and let the octopus marinate in the refrigerator for at least an hour. Then, heat the oven to 400 degrees and roast the octopus for about 20 minutes until it is crispy and golden brown on the outside.

A typical Portuguese dish that features octopus is Polvo à lagareiro. This dish consists of boiled octopus that is grilled over an open flame and served with garlic cloves and olive oil sauce. The octopus is first boiled until it is tender, then removed from the pot and grilled over an open flame at medium heat until it is lightly charred on the outside. Season with salt and black pepper. The grilled octopus is then placed on a platter and drizzled with a sauce made from cloves of garlic, olive oil, and chopped parsley. This traditional dish is often served with boiled white potatoes and a simple green salad. Polvo à lagareiro is a delicious and flavorful octopus dish that showcases the tender texture and delicate flavor of Portuguese octopus.

Eating octopus has several health benefits. It is a good source of protein and contains essential amino acids, vitamins, and minerals. Octopus is low in calories and saturated fat, making it a good choice for weight maintenance. It also contains omega-3 fatty acids, which can help to lower cholesterol levels and reduce the risk of heart disease.

Regardless of how it is prepared, the Portuguese octopus is renowned for its exceptional quality and mouthwatering flavor. Portuguese octopus is a delicious and versatile seafood option highly prized for its tender texture and delicate flavor. Whether grilled, roasted, or boiled, this succulent seafood is sure to be a hit with seafood lovers of all kinds.

For more information about WorldClass and the products we serve, click here.