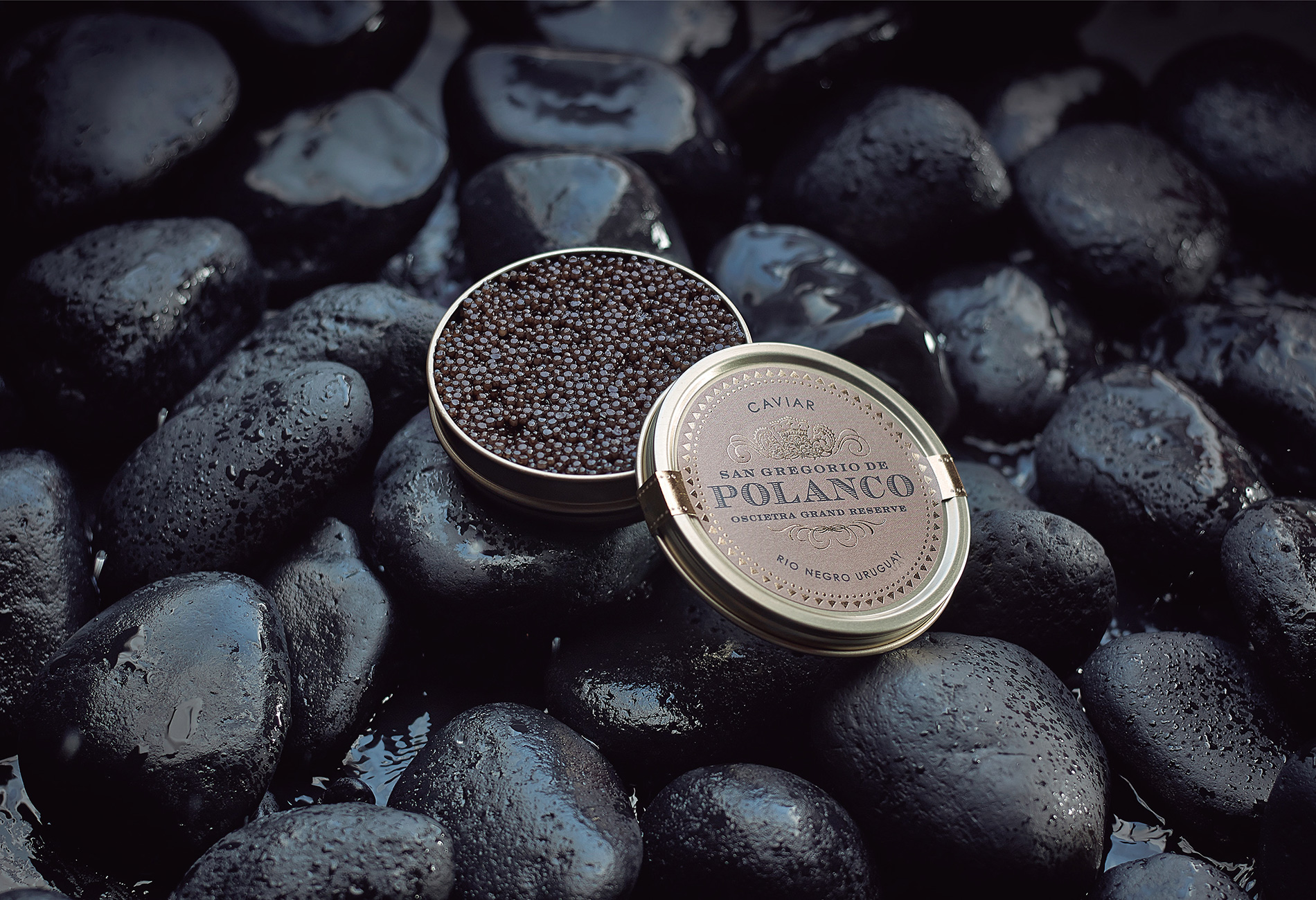 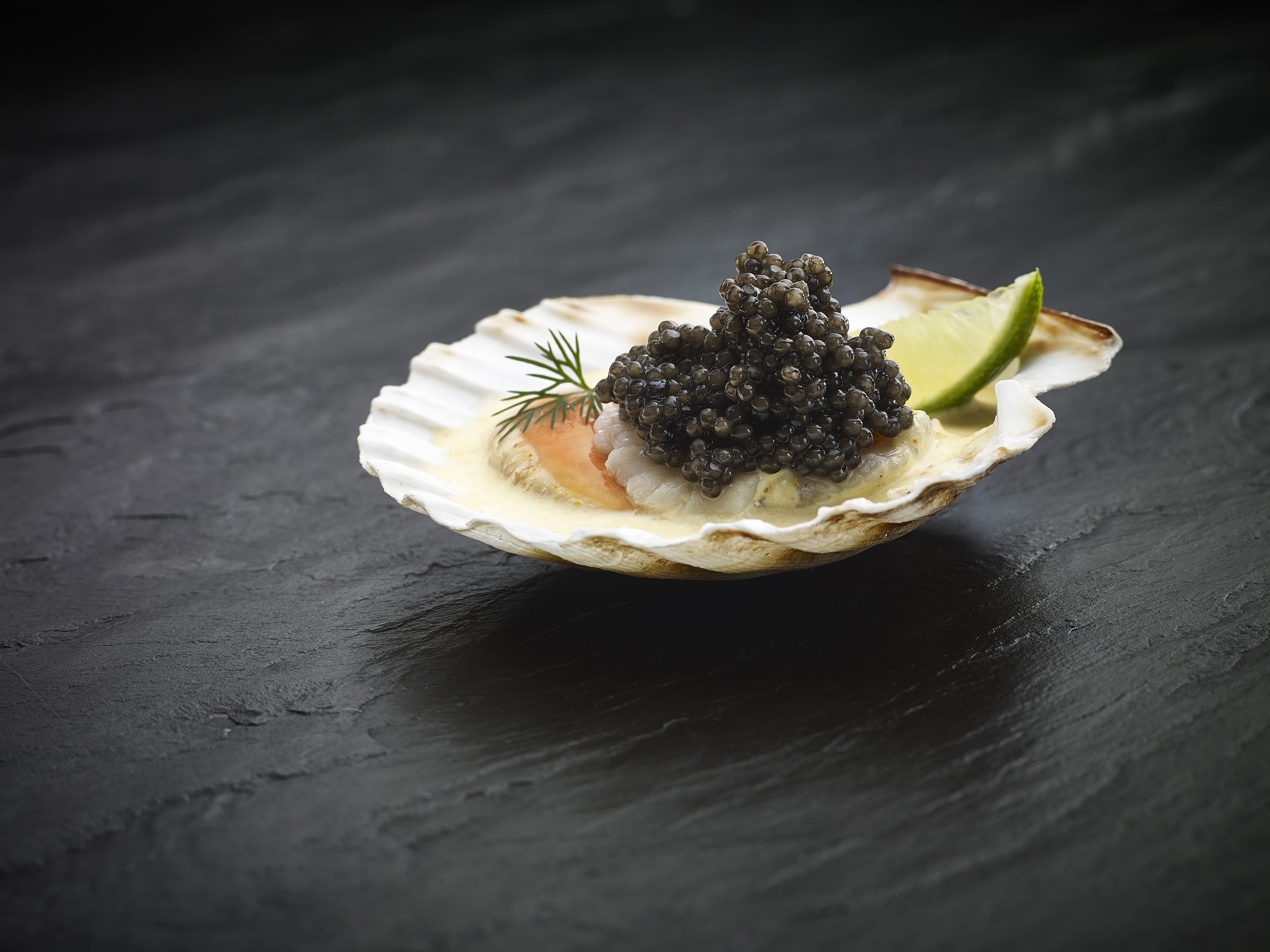 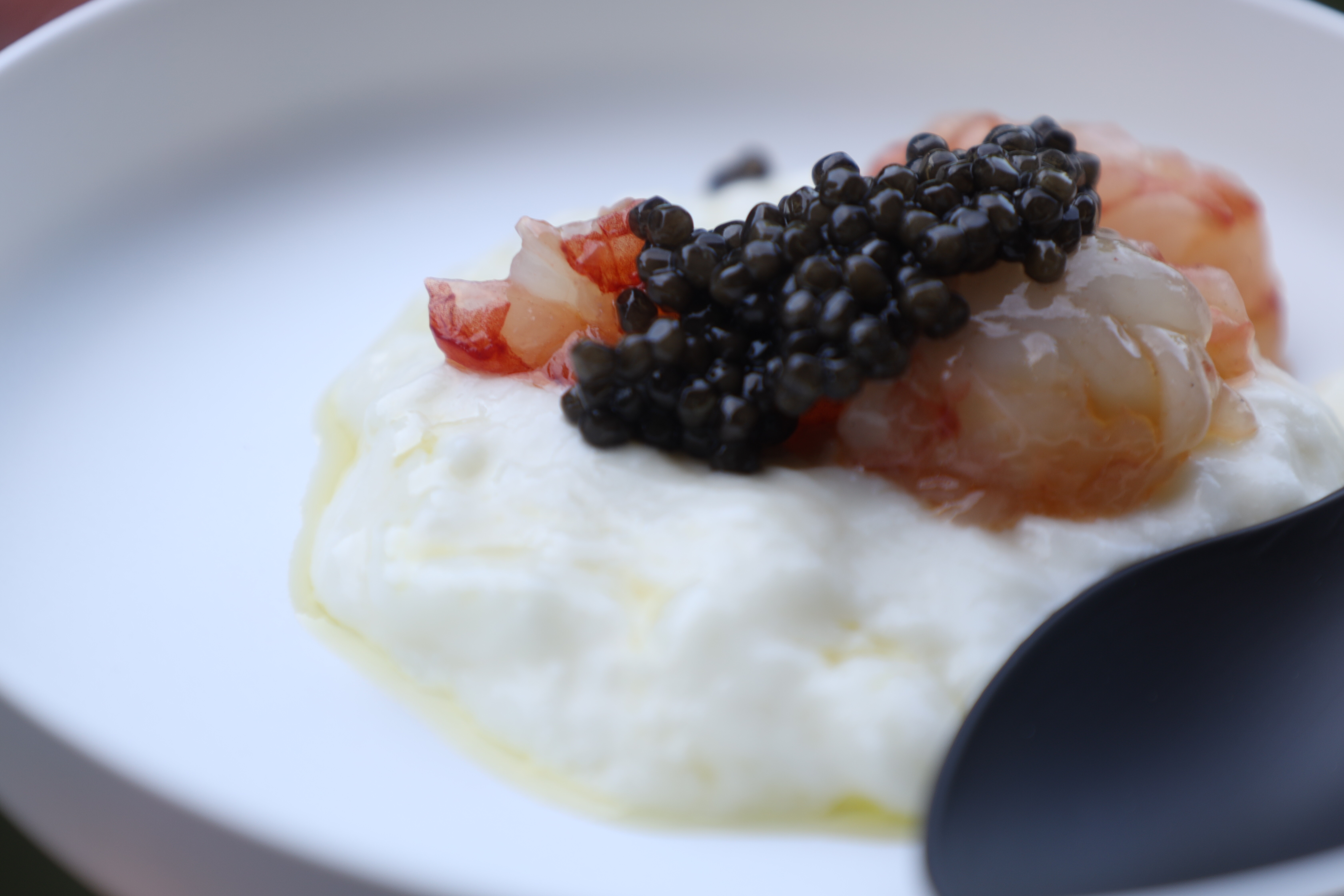 Caviar, the roe (eggs) of the sturgeon fish traditionally harvested from the Caspian Sea or the Black Sea, is a luxury food that has been enjoyed for centuries. Polanco Caviar is a brand of caviar that specifically sources it from the sturgeon fish in the pristine waters of the Rio Negro and then is treated to the highest international standards. They offer a range of caviar products, including traditional caviar, Russian Oscietra, and Siberian Reserve.

Caviar fishing in Uruguay typically involves farming sturgeon fish, the primary source of caviar. The sturgeon are raised in controlled environments, such as tanks or pens, and their eggs (roe) are harvested when they reach maturity. This method of farming sturgeon for caviar is known as aquaculture. It has been adopted as a sustainable alternative to wild caviar harvesting, which has led to the overfishing and near extinction of many wild sturgeon populations.

Uruguay has a long tradition of fish farming, and the country has a large number of fish farms that are dedicated to the cultivation of sturgeon for caviar production. The farms use advanced technology, including recirculation systems, to maintain optimal water quality for the fish. The caviar produced in Uruguay is considered high quality and exported to many countries worldwide.

The history of caviar in Uruguay is relatively recent, dating back to the late 20th century. The industry started to develop in the early 1990s when a group of Uruguayan entrepreneurs recognized the potential for producing caviar in the country. They began to experiment with cultivating sturgeon, the fish species that have caviar, in fish farms.

The success of these early efforts led to the establishment of several sturgeon farms in Uruguay, which began producing caviar on a commercial scale. The country's location, with its clean waters, mild climate, and abundant fish resources, provided ideal conditions for sturgeon farming.

Throughout the years, the caviar industry in Uruguay has grown and developed, becoming an important economic activity for the country. The caviar produced in Uruguay is considered to be of high quality, and it is exported to many countries around the world.

Polanco is an exclusive product obtained from the cultivation of sturgeon at Estuario del Plata. The Rio Negro, a swiftly flowing stream, originates in Brazil and empties into the Uruguay River, traversing a region renowned for its pristine air and water quality and fertile soil.

The origins of Polanco Caviar are rooted in the belief that to attain excellence, and an unconventional approach must be taken. Following the example of sturgeon that journeys upstream to release the most coveted delicacy, Polanco Caviar is harvested in a manner that goes against the tide of a world that increasingly distances itself from nature. This approach results in a truly unique caviar that reaches the peak of its maturity when winter begins in the Northern Hemisphere. Polanco Caviar is, in every sense, an upstream endeavor.

Estuario del Plata, located in the fresh waters of Rio Negro, has been breeding sturgeons for two decades. The region's cold winters and temperate summers provide the perfect habitat for the sturgeons to naturally grow and spawn, resulting in the only caviar from the Southern Hemisphere. At Estuario del Plata, we take great care in breeding Polanco Caviar by specially preparing on-farm feed using the best locally sourced ingredients.

This approach is crucial in ensuring the naturalness, freshness, and quality of the product, as well as its refined taste that authentically captures the flavor of its place of origin.

Uruguay's caviar is known for its light color and delicate taste, with a nutty and buttery flavor, and it is considered among the best in the world. Today, the caviar industry in Uruguay continues to evolve and grow as more and more people discover this luxury food's unique and delicious flavor.

When it comes to culinary uses, caviar can be served in various ways,

1. Caviar can be served as a garnish on top of various dishes, such as scrambled eggs, blinis, or smoked fish.

2. Caviar can be used as a topping on various appetizers, such as toast points or crackers.

3. Caviar can be added to pasta dishes, such as spaghetti or risotto, for a luxurious twist.

4. Caviar can be mixed into dips or spreads, such as cream cheese or sour cream, for added flavor.

5. Caviar can be used as a filling for sushi or other types of rolled sushi.

6. Caviar can be paired with champagne for a classic and elegant pairing.

7. Caviar can be used as a garnish on top of a classic dish like Beef Tartare.

8. Caviar can be used as a topping on sushi rolls, sashimi, poke bowls, and ceviche.

9. Caviar can be added to sauces to provide a rich and salty flavor.

10. Caviar can be used in desserts like ice cream or chocolate truffles to create a unique and unexpected flavor combination.

In conclusion, caviar is highly sought after for its unique flavor. Polanco Caviar, a reputable brand, sources its caviar from the Adriatic Sea and processes it to the highest standards. Uruguay has established itself as a significant producer of caviar owing to the successful implementation of sturgeon farming in the country. The caviar produced in Uruguay is considered to be of exceptional quality and is exported globally. Caviar is versatile in culinary applications, from traditional appetizers to unique desserts, and offers a wide range of possibilities. The caviar industry in Uruguay has a relatively recent history but has become a significant economic activity.