Beef Grades Around the World 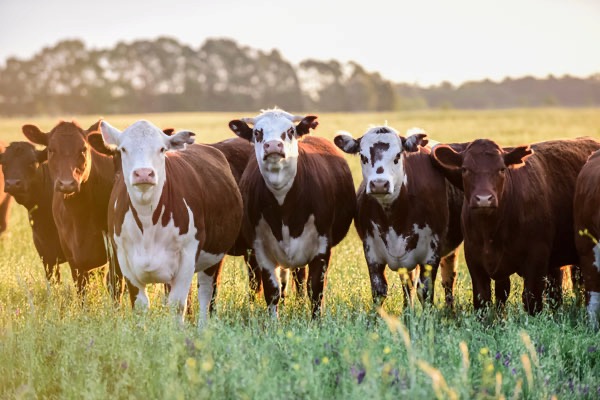 Beef Grades Around the World

USDA Prime Beef may be a familiar phrase, but what does that say about the meat’s quality? Beef grades determine meat quality, with countries around the world establishing their own grading systems. Tenderness, juiciness, and flavor are all used to assess beef grades, but how do you quantify something so subjective? That is where the Beef Marbling Score comes in!

How Is Beef Graded?

While grading varies by country, there are some standard practices. Not all countries have grading systems, but you can generally determine the quality of a cut by its BMS (Beef Marbling Score).

While subjective factors such as flavor and juiciness do have a part to play, marbling is a big decider in beef quality. As you may already know, marbling is the fat running through a cut of beef that gives it the appearance of a marble surface. Generally, the more marbling a piece of meat has, the higher the quality.

The Beef Marbling Score (BMS) ranges from 1-12, with 12 being extremely rare foreign cuts like Wagyu. U.S. Prime cuts, the highest USDA grade, are around a 5 BMS, which should tell you vastly about how a 12 must taste! Although the USDA does not factor BMS into their grading, it is useful for comparing U.S. cuts to those from around the world.

Who Grades the Beef?

Different countries have their own processes for grading beef, and each considers other factors. However, the general process is similar. Meat inspectors primarily examine the ribeye muscle. This cut gives them a clear understanding of the color and marbling, but inspectors also consider maturity, as age can determine the beef’s tenderness.

Inspectors give a product two different grades, a quality grade, and a yield grade. Quality grades are just what their name suggests, the quality level of the meat. Yield grades, on the other hand, designate how much beef can come from that particular animal.

As previously mentioned, the United States uses the USDA Quality Grades as a standard for beef comparison. There are eight different grades of beef in the United States, and these grades consider a variety of factors, including pH, temperature, and color. However, only three of these grades are relevant to most consumers: Select, Choice, and Prime. Select is what you might find at your local grocery store, while choice and prime are of higher quality. With that said, marbling in choice and prime beef are 4 and 5 BMS, respectively.

Some countries have differing requirements, and while some will still use the BMS as a basis, other countries have even stricter grading systems to determine quality.

Japanese beef grades focus on the following factors:
• Color
• Brightness
• Firmness
• Texture
• Fat color
• Luster
The Japanese Meat Grading Association (JMGA) is responsible for reviewing these factors and determining quality. Like BMS, the JMGA assigns meat a quality score from 1-12. Inspectors then give a grade of 1 to 5 based on the quality score.

Meat Standards Australia (MSA) manages the Australian beef grading system. MSA is responsible for all meat and livestock in Australia, like the USDA in the United States. Australia does not use BMS, however, and instead uses the MSA eating quality scores. A weighted average of these scores comprises the MSA Index, which ranges from 30-80 and allows examiners to project eating quality for an entire carcass! It is safe to say Australia has beef grading down to a science!

It is no secret that Argentine beef is superior to what the average American consumer is custom to. As such, it would be appropriate that they have their own beef grading system. While a classification system exists, which considers the age and welfare of the animal, quality grading is not the common in their culture. However, the proposed criteria are the following:

This grading system lands Argentine beef among the biggest meat producers on the planet with one significant distinction: pristine pastures. Argentina’s pampas pastures are mostly untouched, and cattle can graze freely on grass rather than being force-fed grain like how other countries may do. They’re free from hormones and GMOs, which also allows these cattle to create a superior marbling that ranks higher with their BMS. Another great distinction of Argentine beef can be found through the way they’re raised. Being that it is illegal in Argentina to pump GMOs and other harmful chemicals in their cattle, you are sure to be getting a more healthy, happy, and flavorful cattle every time you dig into Argentine beef.

BENEFITS TO EATING ARGENTINE BEEF INCLUDE BUT ARE IN NO WAY LIMITED TO:

• Free from GMOs and other harmful chemicals
• Superior health of cattle compared to American health
• Happier cattle, living on average an 80% free range life, compared to the American 20% average of free range
• Impeccable taste of cattle comes from healthy cattle muscle rather than fat
• 100% grass fed from clean, non-polluted grass in a great climate

Why are Beef Grades Important?

Beef grades allow you to make educated decisions about the quality of their meat. Whether you are a professional chef, an enthusiastic home cook, or a restauranteur, the quality of your product matters. There is a difference in the quality of meat proven scientifically, and you deserve to purchase the best.

For adventurous eaters or culinary artists, if there is one takeaway from this article, it should be that marbling is key to flavor and tenderness. There is a reason BMS forms the basis for many grading systems. Animal welfare, age, and diet all come together to produce superior marbling. That is why Argentine cattle graze freely and are only finished on grain, leading to lower saturated fat, higher antioxidant, and vitamin content, and most importantly, marbling and flavor.

If you are of discerning taste and would like to inquire about our products, we want to hear from you.